Omiwatari appeared in this winter !

A couple of straight lines of sharp upheaval of ice, called Omiwatari on the frozen surface of Lake Suwa in central Japan, appeared for the first time in 5 years on February 2, 2018. This is a follow-up report of my column on December 27, 2017.

In this winter, we have a very cold weather here in Japan, and Omiwatari phenomena occurred after almost complete freezing of the lake. Daily mean temperature at Suwa observatory in this January was -1.3 degrees, which is around same as normal means. Also the number of days with lowest temperatures below -10 degrees, which is indispensable for Omiwatari occurrence, was omly two days. 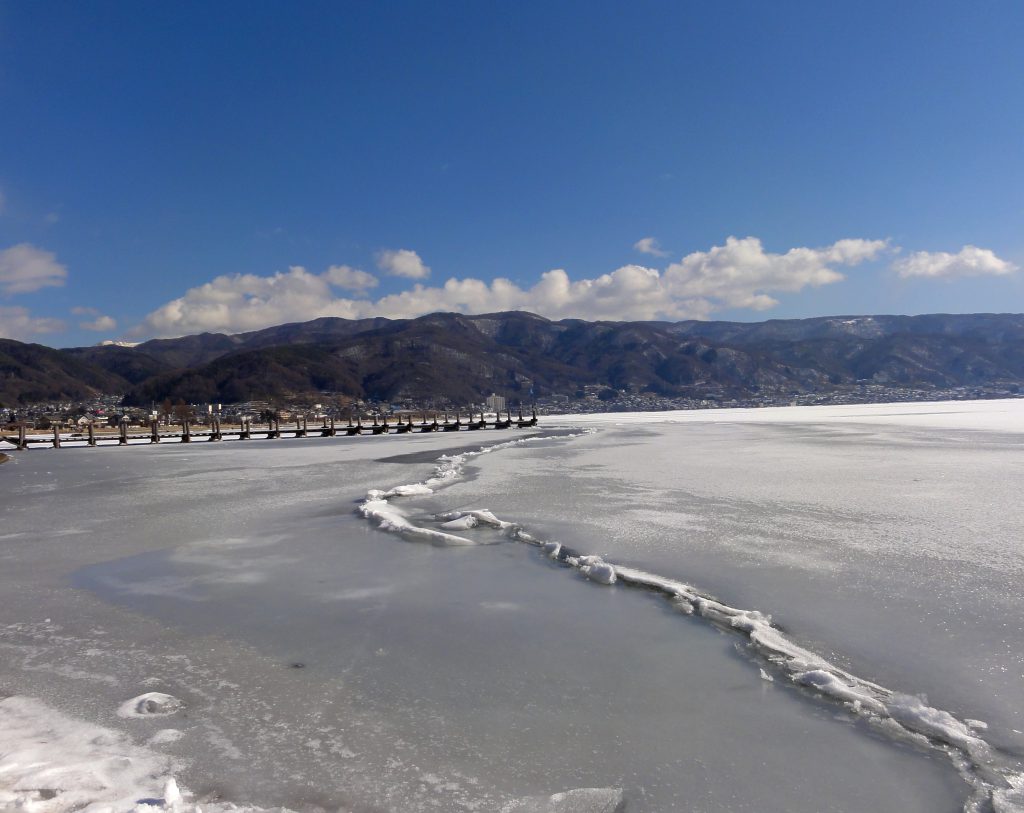 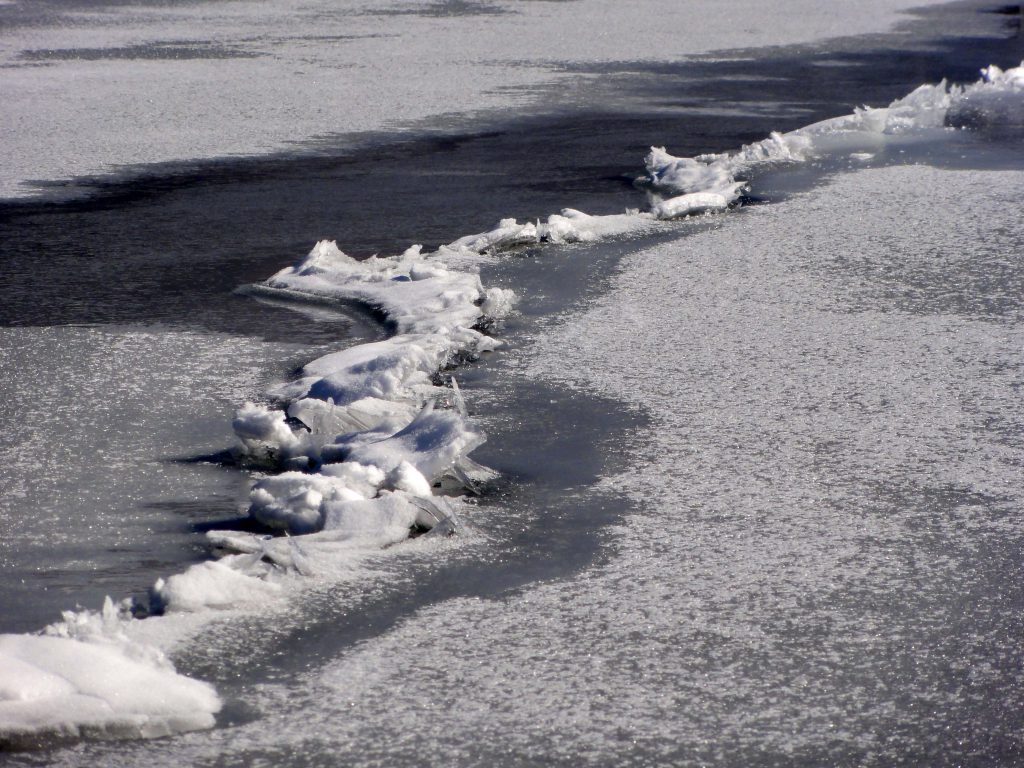 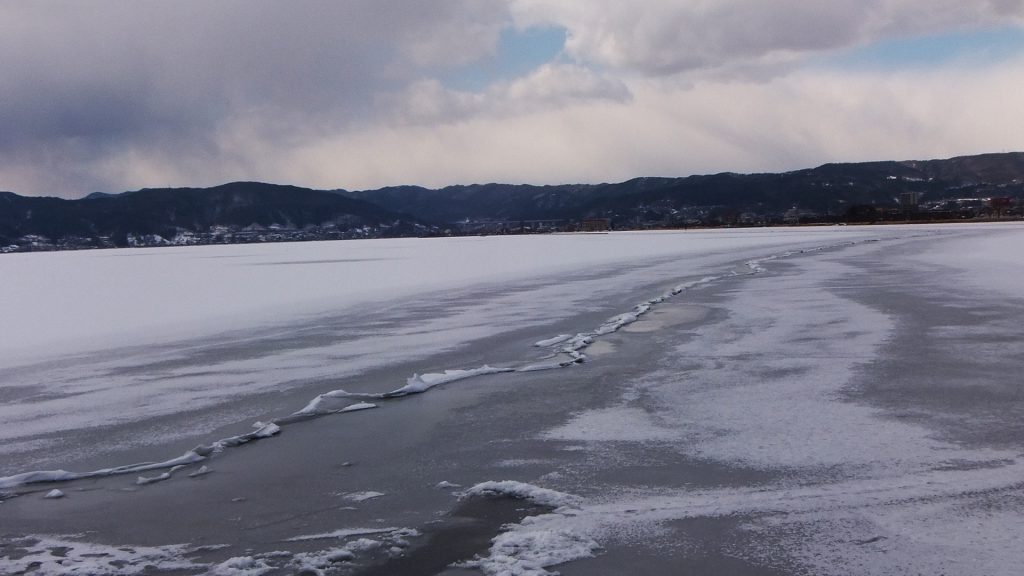 Omiwatari crossing  on Lake Suwa (Photo taken at Takagi by T.Mikami on 4 February, 2018)

According to legend, Omiwatari is said to be the footprints of God “Takeminakata-no-kami” of the Upper Suwa Shrine, who walks on the frozen lake to visit Goddess “Yasakatome-no-kami” of the Lower Shrine. The routes of Omiwatari would be different in either case due to the changes in temperature and thickness of lake ice.

Omiwatari viewing ceremony was held by “Yatsurugi” Shinto shrine priests on 5th February, and harvests and economy in this year were predicted by referring to the past documentary data for Omiwatari crossing routes.

The range of Omiwatari was further pushed up due to the subsequent cold weather conditions at Suwa, where daily minimum temperatures dropped down to -10.9 degrees on 8 February and -11.3 degrees on 9 February. 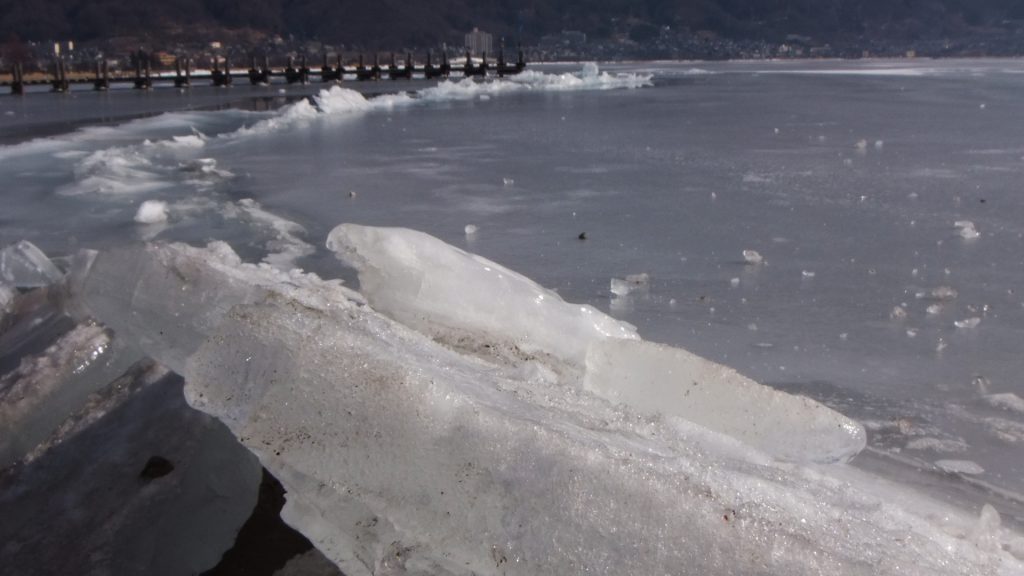