An American Christian missionary, James Curtis Hepburn（Fig1）is known for the “Hepburn’s romanization system” for transliteration of the Japanese language into Latin alphabet. He stayed in Yokohama during the 1860s as a medical missionary. 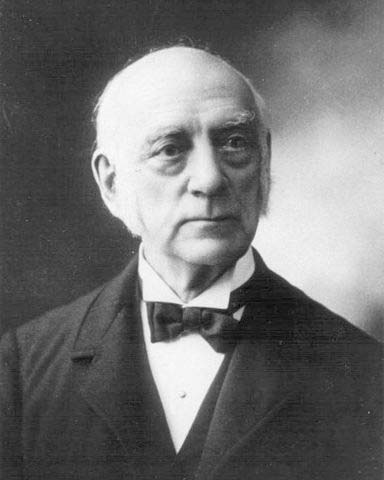 He made meteorological observations at Yokohama, from 1863 to 1869. A table of the meteorological data is presented in a bulletin of the Asiatic Society of Japan, entitled “Transactions of the Asiatic Society of Japan from 22nd October 1873 to 15th July, 1874” (Hepburn, 1874). This meteorological table contains monthly maximum, mean, and minimum temperatures, monthly precipitation, and the number of rainy days in each month (Table1). This series is archived in the Meiji Gakuin Historical Museum in Tokyo.

Compared to pressure and temperature data, precipitation data in Japan are rare prior to the 1870s, when official meteorological observation by the Japan Meteorological Agency (JMA) started. Therefore, his observation is essential for analyzing precipitation variability pre-JMA period. We analyzed inter-annual variations of precipitation based on Hepburn’s observation. As a result, we detected unusually heavy rainfall during summer of 1868, whereas the summer of 1867 was characterized by extremely low precipitation (Fig2). These characteristics are in accordance with the meteorological disaster records throughout Japan in both years (Hirano et al., 2018). Therefore, these unusual climate patterns were likely related to large-scale atmospheric circulation patterns around Japan. 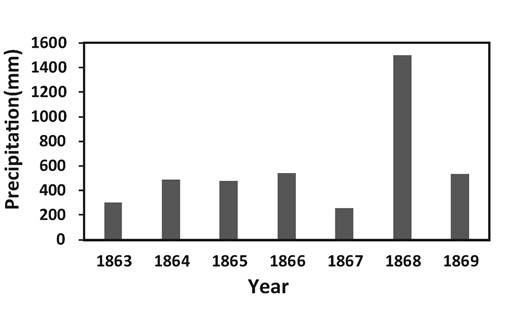