Continuous records of lake-freezing dates since the 15th century come from central Japan, where a small lake is known for a mysterious winter phenomenon. 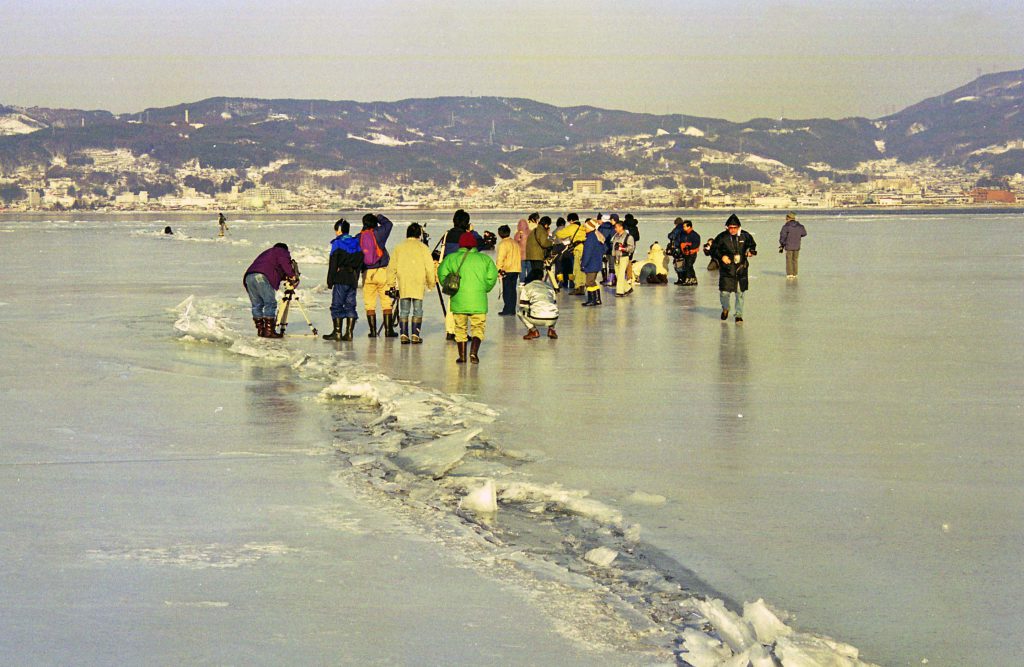 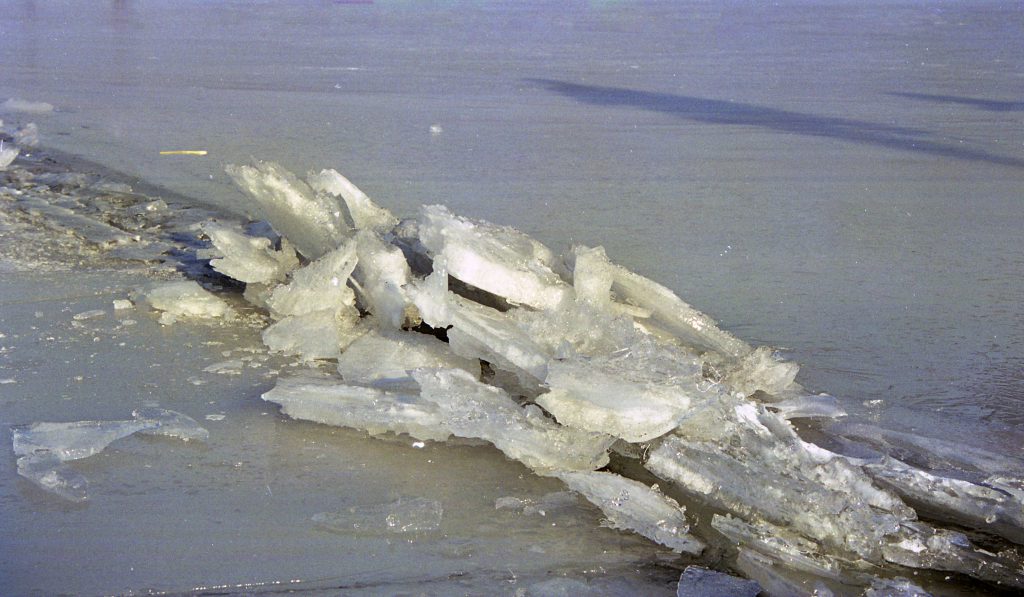 Ice-cracking phenomena known as Omiwatari at Lake Suwa. Photos were taken by T.Mikami on 31 January 1998

Lake Suwa is a small lake located in central Japan, and is known for its mysterious phenomenon called Omiwatari in the winter season. We made an attempt at reconstructing winter temperatures based on the Lake Suwa freezing record. When the lake froze, shrinkage and expansion of the ice due to diurnal tem-perature variations caused an ice-cracking phenomenon Omiwatari, which was said to resemble ‘a bridge crossing the lake. The ancient village people might have believed it to be the track of a god visiting a goddess on the opposite shore. Since the fifteenth century, the formation of Omiwatari has been celebrated in a ceremony a couple of days after its occurrence. 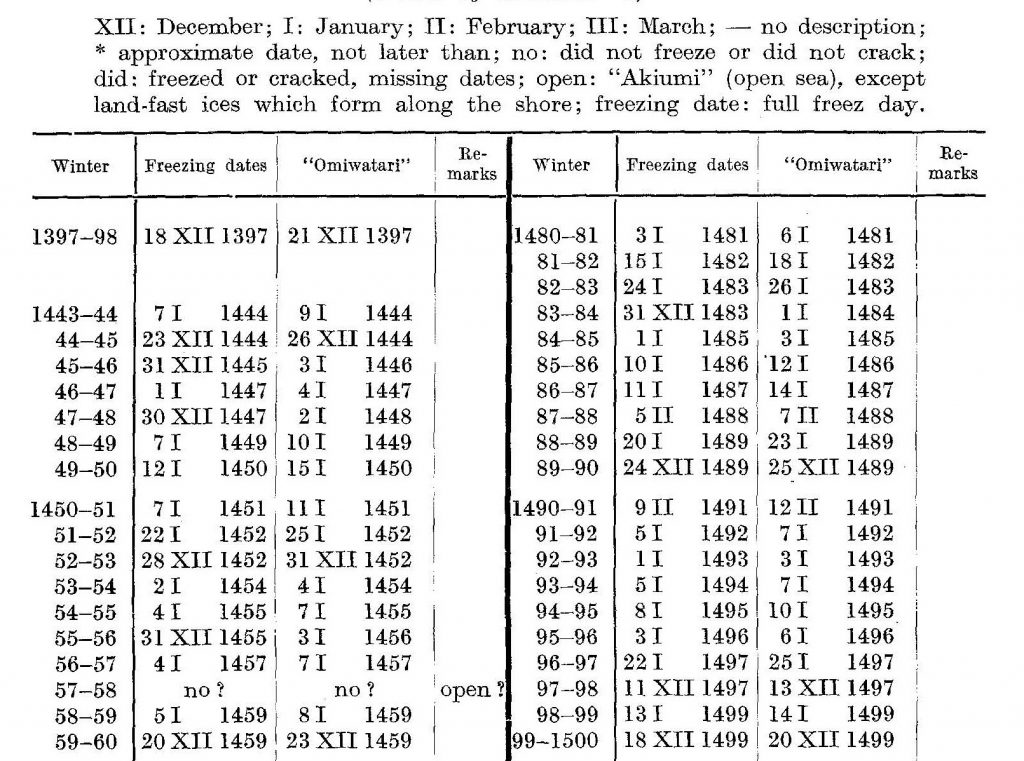 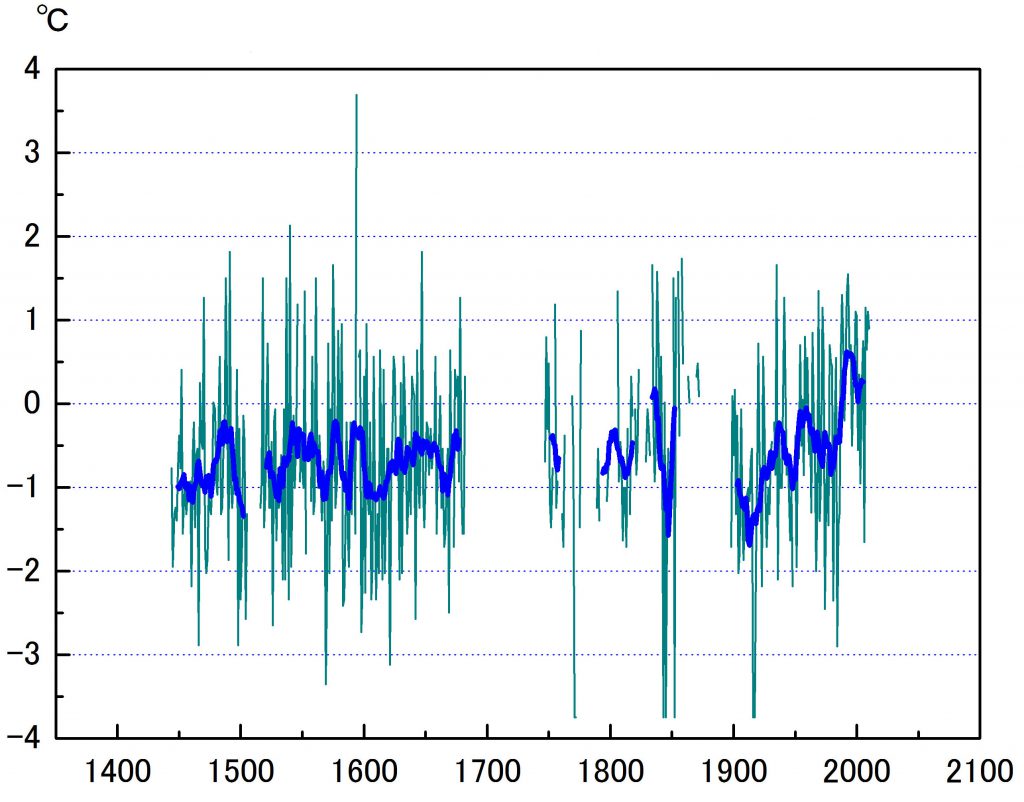 Source: T.Mikami, M.Zaiki and J.Hirano (2015): A history of climate change in Japan. In B.L.Batten and P.C.Brown Ed. ”Environment and Society in the Japanese Islands – From Prehistory to the Present” , Oregon State University Press.